As your toddler gets older, they are learning to scribble with more definite and repetitive lines, in small, intense bunches as well as in circular patterns that may take up an entire page. This is in contrast to earlier colouring, which consisted of the light and hesitant marks they made around the time they turned one. More than anything, toddler art is a sensory exploration involving fine and gross motor movement; toddlers do not yet create representative images.

As the adult, it is important to imitate your child’s efforts and model what is developmentally appropriate, like simple dots, lines, and swirls as you see these emerge. When commenting on your toddler’s work, aim to talk directly about what you see: “Wow! I see so many swirls and lines!”

For young children, the process of their work and experience with the materials matter more than the finished product.

Here are the stages of toddler drawing development:

By about 18 months, your toddler may grasp a crayon and scribble spontaneously on their own.

Somewhere between 18 and 24 months, your toddler might learn to imitate a vertical line you draw for them. The line won’t be exactly straight up and down like yours, but it might be close.

At the same age, they may also be able to keep their colouring inside a large sheet of paper, especially if you emphasize the importance of colouring “only on the paper.”

Next, around 20 to 24 months, they may start imitating your circular scribbles. You can narrate this for them by saying, “let’s go ‘round and ‘round with the crayon.” You might also want to tape or hold the paper down for them.

Imitating your horizontal strokes comes later, when they’re about two. As you are making the line, you might say “across” or “this way.”

Your toddler’s grasp affects how easily they can control the crayon. Between 23 and 25 months, they may learn to grasp a crayon with their thumb and fingers so that both thumb and crayon tip are pointing down toward the paper. This grasp will give them more control over their markings. They will probably continue to use a fist grasp occasionally, especially when trying to make heavy or intense marks. Grasp is one of the most variable of milestones.

Here’s an example of a three-year-old drawing:

Here’s an example of a four-year-old drawing:

Here’s an example of a five-year-old drawing:

Stepping into the world of “big kids,” The Helper supports your child’s new quest for independence. 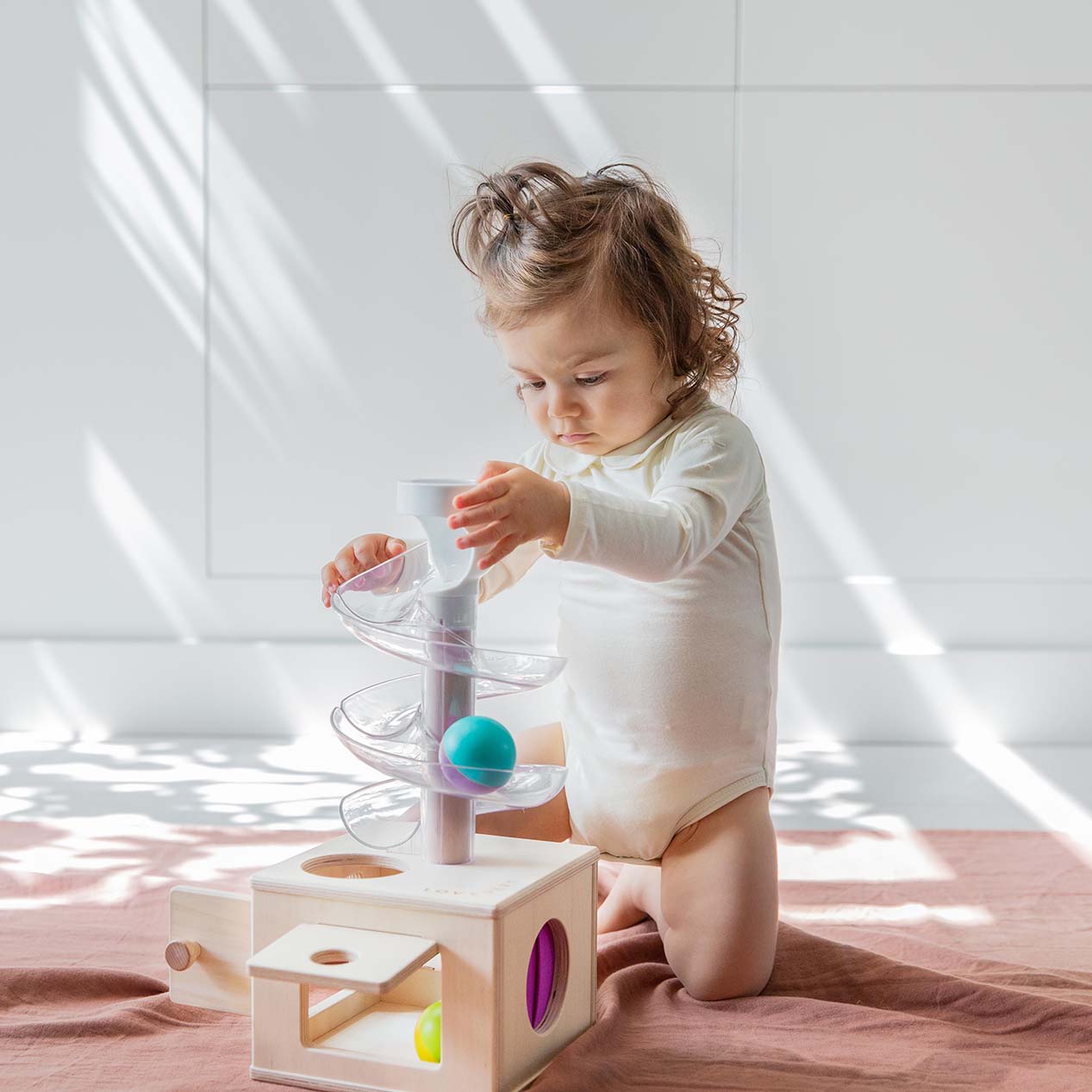 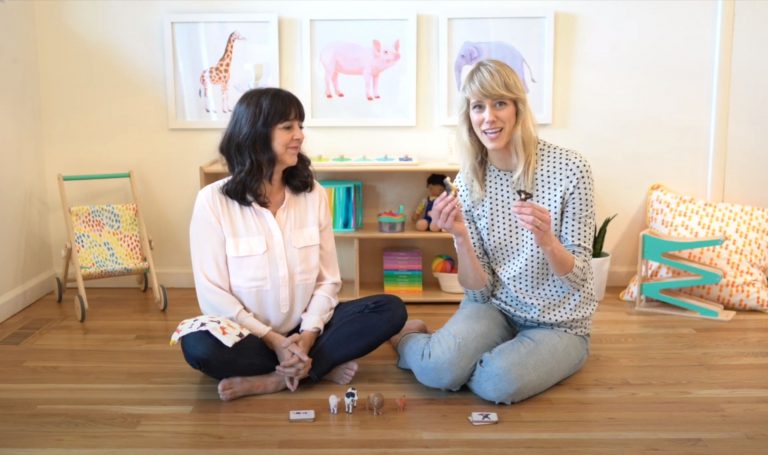 Introducing the Montessori Animal Match game to your toddler 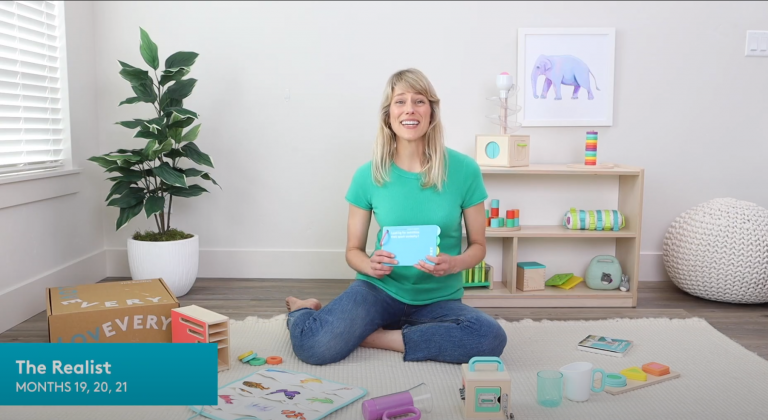 Welcome to The Realist Play Kit for months 19-21

Clean up, clean up, everybody, everywhere

Giving your toddler opportunities to help with household tasks makes them feel independent and valuable. Try these ways to encourage your child to participate. 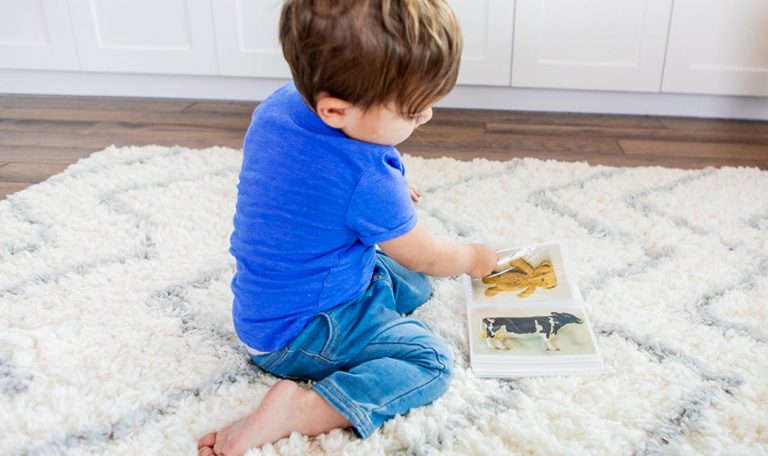 This DIY project captures your child's first words and builds their vocabulary as their language develops.

Kicking, biting, and hitting: understanding and responding to your toddler’s tantrums

Kicking, biting, and hitting are common all with toddlers, and knowing what to do can be hard—especially if you’re in public. Here's what you should know.

The toddler game of who, what, where, why, how?

Introducing who, what, where, why, and how in little lessons empowers your toddler to begin explaining what interests them the most. 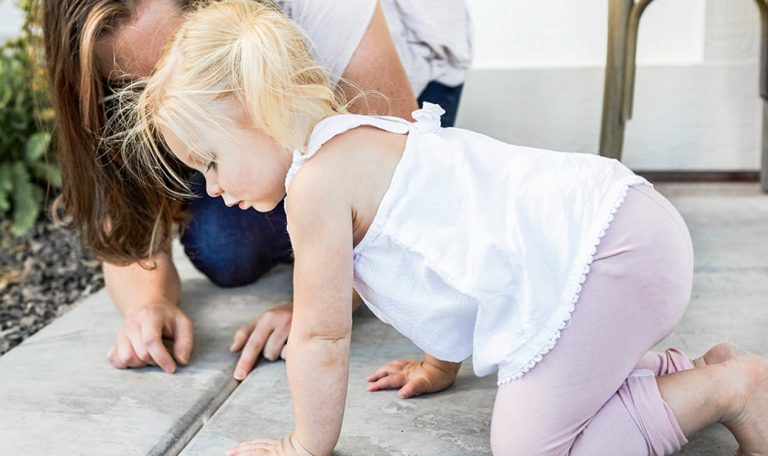 We asked some of our favorite early childhood, Montessori, and resilience experts to share some advice with us. Here are their top ten tips. 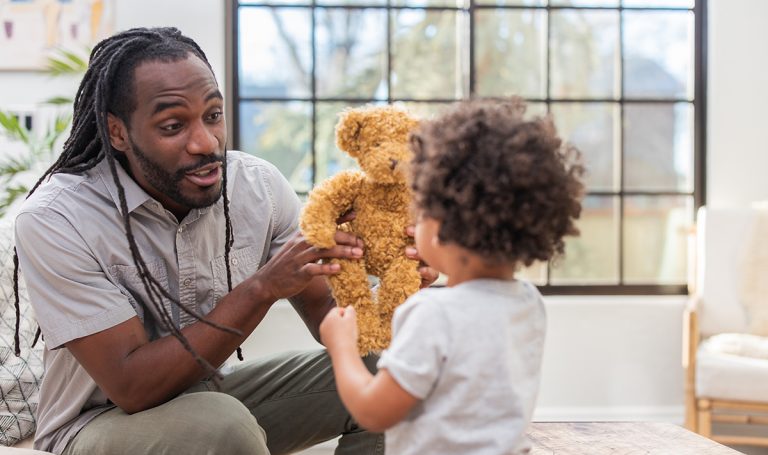 Learn how to build your child's language skills and comprehension with plenty of rich vocabulary, back-and-forth conversations, narration, and repetition. 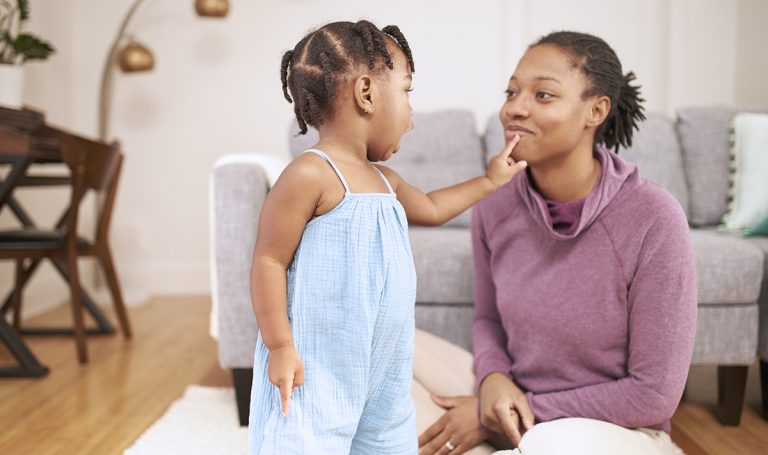 8 ways toddlers start to talk between 18 and 24 months

Here are 8 ways your toddler is learning language right now, even if they're not saying much yet.

The earlier, the better: maths is already developing in your toddler’s brain

Neuroscientist Gillian Starkey shares tips for introducing your toddler to math and why it's beneficial to start now.

5 ways to play the pompom way

Pom poms are a fun way for your toddler to develop their fine motor skills. Here are some ideas for playin with pom poms at home or on the go.

The Montessori activity you already have in your house

Develop your toddler's fine-motor skills and concentration in a fun new way with items you probably already have at home.

What should my toddler’s art look like right now?

More than anything, toddler art is a sensory exploration involving fine and gross motor movement. Here are the stages of toddler drawing development. 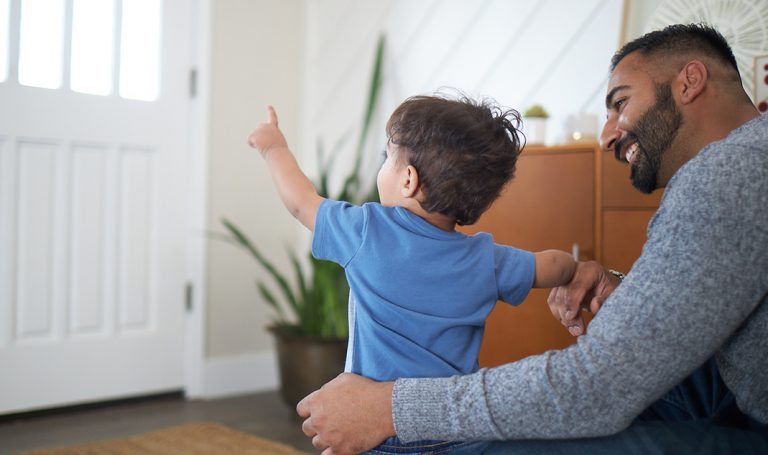 Your toddler likely understands more than they can say. Here are 4 ways your toddler is communicating without words.